Robert Lewandowski: Both teams could have won

"I think that neither team had an advantage in the match and both could have won. I respect that one point, but at the same time we had an excellent goal-scoring chance. I failed to score the penalty kick. I really regret that. It hurts right now, but we must focus on the coming match," said Robert Lewandowski after the match against Mexico. 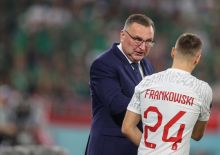 "This is a bittersweet point and it leaves many options open. The draw in the first match still keeps both us and the Mexicans in contention. And this is the most important thing right now," said Czesław Michniewicz, the head coach of the Polish national team, right after the match against Mexico (0-0). 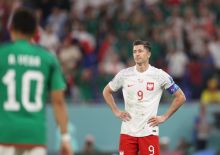 The first match at the 2022 FIFA World Cup saw the Polish national team be held to a goalless draw against Mexico at Stadium 974. Despite focusing more on defence throughout the match, the White-and-Reds created a clear-cut chance. In the 58th minute, the team was awarded a penalty but Robert Lewandowski failed to score, with Guillermo Ochoa predicting his shot very well. The team led by Czesław Michniewicz will play the next match on Saturday against Saudi Arabia, which pulled out a huge upset on Matchday 1 by defeating Argentina 2-1. 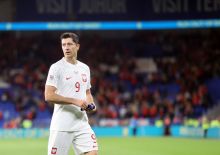 In club football, Robert Lewandowski has achieved virtually everything. He can boast victories in the Champions League and the Club World Cup as well as more than ten top scorer titles in various tournaments. In Qatar, however, he has something more to prove: the ability to lead the national team to a successful performance in the World Cup, something he has so far been unable to do. 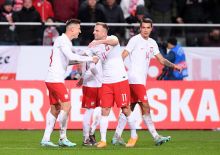 Six days before their first match at the FIFA World Cup Qatar 2022 (against Mexico), the Polish national team defeated Chile 1-0 in a friendly. The White-and-Reds took advantage of a set piece, and Krzysztof Piątek scored the winning goal. 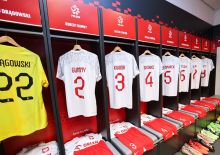 The Polish national team for the World Cup

The head coach of the Polish national team, Czesław Michniewicz, has announced the list of players called up for the final tournament of the World Cup in Qatar. In the group stage, the White-and-Reds will play against Mexico, Saudi Arabia and Argentina. The World Cup will begin on 20 November and the final will be played on 18 December 2022.