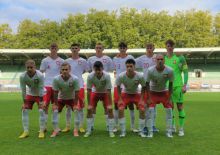 U-18: Polish national team victorious at the tournament in France!

Poland's U18 national team, coached by Wojciech Kobeszko, faced France in their final match of the tournament in Limoges. The match was abandoned in the 77th minute at 3-2 for the White-and-Reds and was verified as a walkover for Poland, who won the entire tournament. "The tournament in Limoges was played in accordance with the regulations of the French Football Association. Our opponents received four red cards and their team was incomplete. This means a walkover for Poland," explained Maciej Chorążyk, manager of the U18 national team. 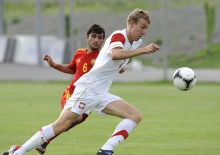 Polish Under-18 National Team won with Armenia 4:1 in a friendly match that took place in Erewan. Two goals were scored by Grzegorz Tomasiewicz. 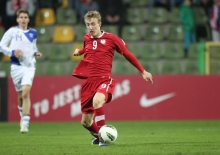 Goals from Buksa and Tomasiewicz secured a victory

Polish Under-18 National Team won with Armenia 2:0 in a friendly match that took place in Erewan. Goals for the white-and-reds were scored by Adam Buksa (55th minute) and Grzegorz Tomasiewicz (93rd minute). 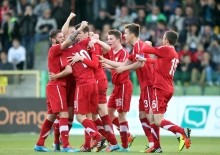 Rafał Janas, head coach of the Polish Under-18 National Team, has named 18 players to face Armenia in a double friendly. The games will take place on the 13th and 15th of May in Erewan. 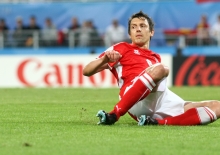 JACEK BĄK: We are only just stepping into to the deep waters

Last week, the Polish under-18s played a friendly double-header with Finland. First, in Piotrków Trybunalski, the white-and-reds drew 3-3, and, two days later in Bełchatów, they won 2-0. We discussed the matches with Jacek Bąk, the ambassador of the team. 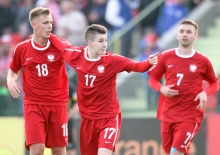 Video: A stunning finish! Poland caught up with Finland

Polish National U-18 Team drew with Finland 3:3 in a friendly match that took place in Piotrków Trybunalski.