National TeamsYouth National TeamsUnder 18 TeamNewsJACEK BĄK: We are only just stepping into to the deep waters Back

JACEK BĄK: We are only just stepping into to the deep waters 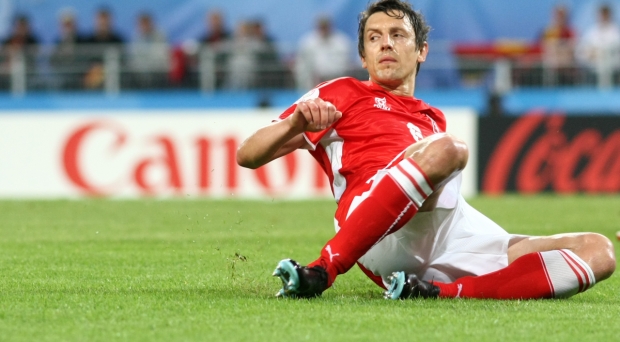 Last week, the Polish under-18s played a friendly double-header with Finland. First, in Piotrków Trybunalski, the white-and-reds drew 3-3, and, two days later in Bełchatów, they won 2-0. We discussed the matches with Jacek Bąk, the ambassador of the team.

Are you satisfied with the double-header with Finland?

Yes. We got another bit of information about the players we have available. Let me remind you that we are only beginning to shape the new Polish under-18s. The first match with Finland was not what we had wished. We quickly conceded a goal, tried to make up for it and we did not make it. I know this is no excuse and any turf is the same for both teams, but I have to admit that, because of the small pitch in average conditions, we could not play properly. The Finnish team focused on attacking. We had to force the match. For a while, we made three more big mistakes in defence. You cannot do that! We gave three gifts to our opponents, in the worst case scenario, you can make one mistake.

However, the team showed its character and managed to draw.

In the last 25 minutes, our performance was very good. We made changes in the team composition and something started to happen. In the 78th minute, Jakub ‎Łukowski scored a beautiful goal. It was 2:3 and we began to attack with even greater force. A little bit later, we equalised. The guys should be praised for getting over the goals, showing anger and skill. It is not easy. However, we regained our strength and I am convinced that if the game had lasted a little longer, we would have won!

Rafał Janas's team showed its huge advantage in the return game in Bełchatów.

This time, we scored a goal fairly quickly, and one of the opponents received a red card, and there is no secret that it helped us in the game. We had many opportunities to improve the score, but we failed to put the proverbial dot on the 'i'. It is a shame because, on account of it, our actions were filled with nervousness and our rivals had a chance to draw. Fortunately, we maintained the lead, and Adam Buksa scored to make it 2:0 injury time. However, much earlier, we should have won 3-0 or 4-0. There was a smell of danger.

The coach Janas announced that we would know the true face of the team before that doubleheader.

It's true. Up until then, we only had played friendly matches. We only just got into deep water, qualifying matches will begin soon. Then, our mentality will be different. First of all, adrenaline will increase. We will have to play as if the game was for our life!

It seems that you like the function of the Polish national ambassador. You live and breathe it.

This role suits me very well and it is pleasant. I participate in the trainingsessions, talk with the coach Rafal Janas, the other guys and give advice. It's nice that I can help and pass on my experience.  I will not conceal the fact that it is still special to me when I put the tracksuit of the Polish national football team. I feel special and nice. It's a kind of prolongation of football adventure.