National TeamsNational Team ANewsZbigniew Boniek: In football, as in life, you need to build, not tear down Back

Zbigniew Boniek: In football, as in life, you need to build, not tear down 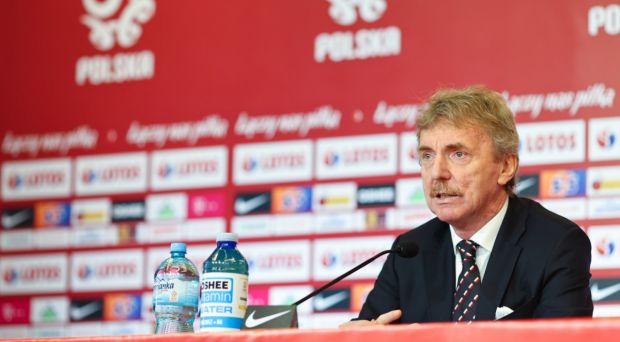 At a press conference, Zbigniew Boniek, president of the Polish Football Association, summarised the performance of the Polish national team in the European Championships. "We were hoping to get further, but we failed in terms of sports. We lacked quality. However, you could see that the team has changed, and after the tournament it was clear that the players could not give more of themselves," believes president Boniek.

"We didn't get the result we expected. I wanted to thank everyone who helped make the whole event happen. The authorities of Gdansk, journalists, because they were the link between the team and the fans".

"Of course, you can say that it looked good, but it ended up like always. In terms of statistics from all the matches, we were better than at the previous event. However, quality was lacking. Players ended the World Cup differently, now it was clear that they were not able to give more of themselves. The Euro didn't work out for us, but I'm not running away from responsibility. It wasn't my fault that someone didn't score or played the way he did. Despite the loss to Slovakia, we have almost turned the corner. It seemed that from the 60th minute we would smash our rivals, but with the red card we gave them second life in the game".

"We want to perform better on the pitch but that hasn't worked out for us. There was no fear in the team in terms of tactics. With Spain, which is the sixth team in the world, we played as equals. We dominated Sweden and Slovakia in many aspects. In the last game we had around 30-40 crosses, but 90 percent of the time the ball didn't reach any of our players or was passed too strongly. We lacked quality and that's something we need to work on.

"We don't achieve what we want at big events. We were luckier in 2016. This is sometimes the determining factor in an even match. This time we fought until the last minutes to advance. At the World Cup in Russia, everyone remembers the game with Japan".

"Paulo Sousa has a valid contract with PZPN. He is a very good coach and I feel he has pulled the players with him. The fans saw a different team than they are used to seeing. Changing coaches will not solve our problems. We need stability, not changes. We want to dominate our opponents and play well. Sousa is a coach who has great experience and knows what this team needs. There is no discussion about firing the coach. There is a good relationship between the coach and the team. This is a tight-knit group that feels sorry they didn't do what the fans expected. Playing for the national team is the most important objective. It enhances the confidence of the player.

"We have a staff that needs to learn lessons. Two months from now we will have another World Cup Qualifiers match. We've been to all the big events for a long time and hopefully we'll advance to the next one. Apart from England, who are the leaders in the group, we should absolutely fight with the other teams to advance to the play-offs.