National TeamsNational Team ANewsGoals, assists and nutmegs... A great season for Zieliński Back

Goals, assists and nutmegs... A great season for Zieliński 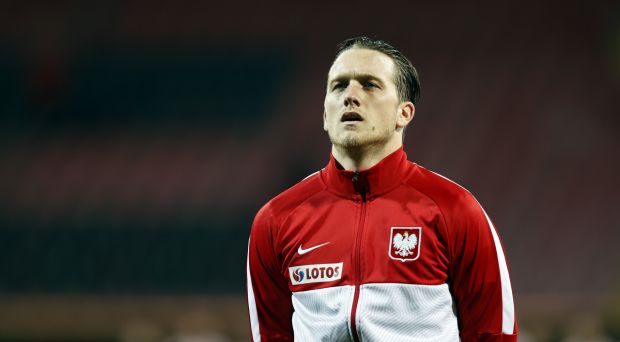 Piotr Zielinski hasn't had a season like this one before. His individual statistics prove it: he has scored ten goals and twelve assists, no one in Serie A has nutmegged more opponents than him... In our analysis, we look at what has made this member of the Polish national team so effective.

If we were to create the Serie A table from the moment Napoli said goodbye to the UEFA club competitions last season, it would turn out that only Inter scored one point more. In the three months before the end of the competitions, it was the team still led by Gennaro Gattuso that scored the most goals and suffered only one defeat. In the context of such good results, the lack of success in the fight to play in the next edition of the Champions League must be considered a disappointment. However, the very fact that Napoli had a chance of succeeding until the last minutes of Serie A is due in part to the great efficiency of Piotr Zieliński.

The decisive factor in the elimination from the cups was the first match in Spain, where Napoli lost 0-2. "It's hard to explain this result," said Zieliński after the match. "We give our best but we lack decisiveness near the opponent's goal. I myself had two situations where I should have behaved better. We need to improve in this respect. We have great midfielders but each of us needs to score more goals. It is also our responsibility," he added.

In the rematch, Zieliński sent the ball to the back of the net and since the beginning of March, he added three goals and seven assists to his Serie A tally at Napoli. At the end of the season, he received excellent reviews and comments. "He has the ability to always make himself dangerous: he knows what to do because his brain analyses the situation even before he gets the ball. His style of play is a feast for the eyes," wrote TuttoMercatoWeb. "He just needed to find stability. He himself didn't know how good he could be and this year he grew into that," said Fabio Viviani, who worked with the Pole at Udinese.

There are plenty of explanations and theories around the midfielder's great form but you can just look at the numbers. Then all the mysteries disappear: Zieliński does not take shots more often but simply creates better opportunities for himself.

Let's look at the statistics. In the previous two seasons, Zieliński took a shot in Serie A every 36 (2018/19) and 37.5 minutes (2019/20). Currently, he takes shots less frequently – once every 42.5 minutes. However, the key in all of this is what positions he reaches in the penalty area itself. This was a rarity in the previous season. The goals he scored were from the penalty area but, other than that, he only took 23 shots in that zone. He already took 39 shots this season, seven of which ended with a goal. The proportions have completely reversed when it comes to where he finishes Napoli's attacks from: a year ago, he mostly took shots from outside the penalty area (61 attempts in the league and in cups); this season, he does it far less often (35).

What has changed? First of all, Zieliński's position. He has played thirty matches this season as an offensive midfielder in a 4-2-3-1 system and it is in this role that he takes advantage of the space between the opposing defensive and midfield lines. There is usually not much of it but with technical skills, good ball reception, ambidextrous feet, he can create a goal-scoring opportunity for himself, get away from the opponent. But it is also the collaboration with the striker that is important. While he engages the attention of the central defenders, Zieliński keeps a few meters behind him. When the "9" goes to the side or to play the ball, then the "10" fills in his position.

Just look at some examples of such behaviour by Zieliński that ended in a goal. In the case of the goal against Udinese, he made a head pass to Victor Osimhen, followed the striker's action and scored from a rebound from several meters away. In the match against Spezia, it was Osimhen who ran to the side and Zieliński – with Napoli playing on the right – even stood a few steps behind the home team's defensive line, exactly where a striker should usually be. He remained unnoticed by his opponents until the very end of the attack, eventually finishing the action from the corner of the fifth meter. He created the goal-scoring opportunity for himself with how smartly he moved past the defenders, avoiding their attention. In February, Zieliński also scored against Atalanta when he ran from the depths of the field after a long through pass and, without even catching the ball, perfectly he hit the ball on the volley right into the goal. However, his movement itself was significant: first, while still in line with Matteo Politano (who scored an assist), he spotted some free space in the attack and sprinted forward, forcing the winger to make a pass.

The midfielder started his 2021 with two spectacular goals against Cagliari and each of them showed his uniqueness. First, he scored the first goal of the match with a shot from outside the penalty area, controlling his positioning beforehand so that he would have room to receive and strike after possibly receiving the ball. But the goal number two is even more interesting from the perspective of his position. Napoli restarted the game after the opponent's equaliser and Zieliński immediately ran to his zone – between the opponent's defence and midfield lines. First, the attack moved to the left side and already then the Polish player made a move into the penalty area, although there was no cross.  Napoli switched play to the right side, from where Giovanni Di Lorenzo made a perfect cross into the space where the "10" was positioned. In two contacts, Zieliński not only controlled the ball but also passed his rival to score another goal. A goal that would not have been scored without his sense of how to move between the lines.

Zielinski's technical skills are not a novelty but now that he's using them closer to the opponent's goal, Napoli is benefiting from them more and more. In Europe's top five leagues, only Marcus Rashford (21), Neymar (18), Jadon Sancho (16) and Kylian Mbappe (15) have nutmegged more players than the member of the Polish national team (13). He also dribbles the ball more often compared to the previous two seasons, passing two players per match, on average, although statistics show that he has less contact with the ball (four years ago, he recorded over 82 contacts per match, now he averages 55). However, this reflects a different, more advanced role in Gennaro Gattuso's system. And Zieliński's versatility is highlighted by the fact that he scored four goals with his left and four with his right foot in Serie A.

This is the Zieliński everyone wants to see. In recent weeks, a post on his assist from Napoli's match against Lazio (5:2) appeared on the official Serie A Instagram channel. After receiving the ball from a throw-in, he caught it with his heel, selling a dummy that allowed him to run away from his opponent and, in his third contact, pass the ball to Dries Mertens to let him score a beautiful goal. The post with that attack was liked by almost 180 thousand followers, far more than, say, the one concerning Cristiano Ronaldo's 100th goal for Juventus.

The whole few-second attack was beautiful but it also highlighted how confident Zieliński felt in the role of a "ten" at the end of the season. It is not an easy position to fill because with the emergence of different formations and increasingly aggressive, compact defensive play, fewer teams have room for such a position. This was shown in recent years when the Pole played lower in the midfield. Or maybe it's just that there are fewer and fewer players like Zieliński: players who take advantage of any free space, dribble the ball even when there's little space, are dangerous both in and outside the penalty area. Now also with numbers.