For the first victory in the Tychy hall against Cyprus 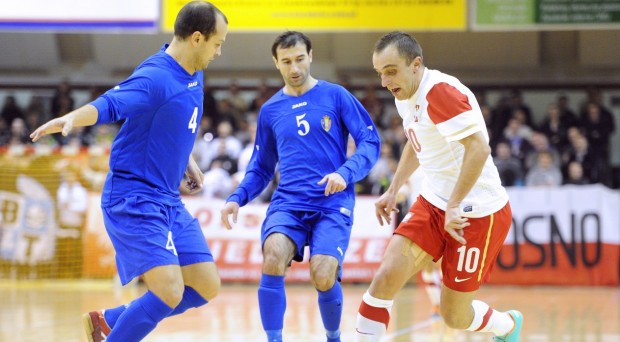 Today, Polish national futsal team plays its first of two friendly matches against Cyprus. The match played in Tychy will be the sixth battle in the history between these teams.

The Cypriots are 37. in the UEFA ranking. The Polish team is ranked 19. In the pre-qualifiers to the last European Championship, Cyprus suffered two minimal defeats: 1:2 against England and 0:1 against Lithuania.

Today's meeting will take place in the sports hall at al. Piłsudskiego in Tychy, where GKS Tychy usually plays its matches. The hall in Tychy will host Polish national futsal team the fourth time, but the white and red team was not able to score a win there yet. However, each time the Poles hosted stronger rivals. In November 2009, they lost against the Italians 0:2 and in 2011 they were defeated by Ukraine 2:4 and the Czech Republic 1:4.