Registration of beach soccer teams for 2014 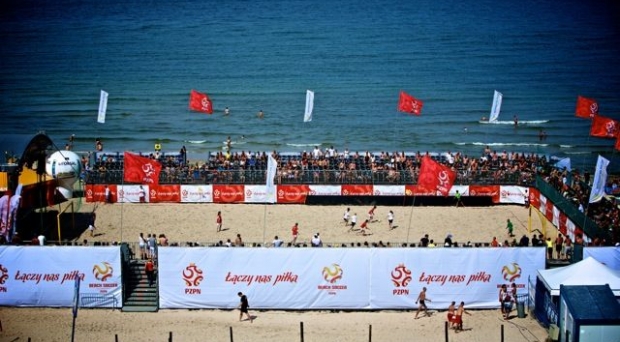 At the end of June in Sopot the top European teams from Spain, Portugal and Switzerland will be hosted. This year's beach soccer season is also World Cup qualifying, which will be held in the Italian Jesolo in September. The details of the registration of beach volleyball teams for 2014 are presented below.

From this year on, there will be opportunity of registering teams and players through the Extranet of the Polish Football Association. This will become mandatory from 2015. Thus, the process of notifications and verification of teams and players will take place at the Department of National Competitions of the Polish Football Association. The person responsible for the registration process and parameterisation of the entire season will be Slawomir Pieńkosz. In addition, the contact has been available at a special email address: beachsoccer@pzpn.pl, to which all correspondence on domestic competitions should be addressed.

Applications can be submitted until 31st May 2014. Right at the beginning of June, the teams eligible to play in the league, first league and the Polish Cup will be verified and indicated. As for the last competitions, we want the Polish Cup to start a beach ball season in Poland. It will be played in a verified system, i.e. the 12 best teams in the rankings from the previous year. The competition will be held in ‎Łódź between 13 - 15 June.

The Polish Cup final for seniors, teenagers and women will be held in Ustka from 30th July to 3rd August. Earlier, in the July weekends, 4 qualifying tournaments of Ekstraklasa and first league will be held. We will keep you informed about the venues of the competitions.