AssociationNews2023 UEFA EURO U21 qualifiers on Telewizja Polska! Back 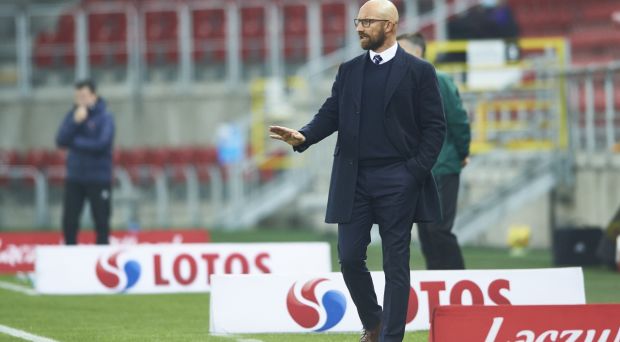 The Polish Football Association is pleased to announce the conclusion of a licence agreement with Telewizja Polska SA for the broadcasting of the UEFA EURO U21 qualifiers, the final tournament of which will take place in 2023.

Poland national under-21 football team begins the qualifiers for the European Championship final tournament. Our opponents will be Germany, Israel, Hungary, Latvia and San Marino. The final tournament will begin on 9 June and end on 2 July 2023. This time, UEFA EURO U21 will be hosted by Romania and Georgia. Our group rivals, Germany, will be defending the European Championship title. The winners of each of the nine groups and one team with the best goal difference from the second place will advance to the final tournament. The eight remaining second-placed teams will compete in play-off matches for the final four places in the European Under-21 Championship final.

"The under-21 national team is the direct support of our first national team, so it is important not only for the fans to be able to watch the matches of this team but also for the young players themselves, who also need to be accustomed to the presence and huge interest of the media. During the previous cycle, Telewizja Polska SA showed how professionally it can implement it so, of course, we now hope for it to continue and develop," said Zbigniew Boniek, President of the Polish Football Association.

"The under-21 national team has been bringing us a lot of excitement lately. Over the past years, we have accustomed fans to the presence of this team in Telewizja Polska and we are glad that this cooperation will continue. It is a natural consequence of our strategic cooperation with TVP in terms of broadcasting all the national teams," said Maciej Sawicki, Secretary General of PZPN.

"We are glad that Telewizja Polska has obtained exclusive rights to broadcast matches of Poland national under-21 football team in the qualifiers for UEFA EURO U21 in 2023.  We guarantee that all fans will be able to enjoy high-quality broadcasts on TVP Sport and on the Internet. We believe that among the players called up by coach Maciej Stolarczyk there will be successors to Robert Lewandowski, who will soon join the senior Polish national team led by Paulo Sousa. TVP is the biggest TV partner of the Polish Football Association: we show matches of the first Polish national team, women's national team, U-21 and U-20 teams as well as 2nd league and women's Ekstraliga competitions," added Marek Szkolnikowski, Director of TVP Sport.

Telewizja Polska SA was also the broadcaster of the qualifying matches of the previous qualification cycle of the U21 national team, so the extension of the cooperation was a natural step. The current agreement is valid until the end of 2022. Under the agreement, Telewizja Polska SA shows all home matches of the Poland national under-21 football team - both qualifying and friendly matches. The document also provides for the possibility of broadcasting away qualifying matches, as long as the federations of our opponents produce the TV signal for the competition on site. All matches will invariably be accompanied by professional graphics.

The first broadcast on TVP Sport will take place already on 7 September 2021, at 08.00 p.m., when the Poland national under-21 team will begin the qualification cycle with a match against Israel in Lublin. Tickets for this match are now available at tickets.laczynaspilka.pl.